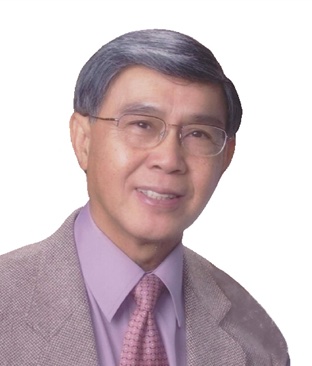 College of Schooling mourns the passing of Romulo Magsino on November 25.

“He was a beautiful colleague, a smart and beneficiant Division Head, and within the late Nineteen Nineties, a positive consultant of the College as our Dean.” – Dr. Jon Younger, Appearing Division Head Academic Administration, Foundations & Psychology.

Educated on three continents and a Rotary Worldwide scholar, Dr. Magsino arrived in Canada in 1971 and moved to Winnipeg in 1988. He had a lifelong dedication to excellence in greater schooling, and demonstrated management throughout the Filipino group, which has raised consciousness of the vital function of immigrants within the cultural variety of Manitoba. He was an knowledgeable within the areas of multiculturalism, immigration, and intercultural schooling. He was a prolific scholar and a acknowledged authority in schooling, having authored and edited 9 books and monographs; revealed greater than 70 articles in varied books and journals; authored roughly 80 papers which had been offered at worldwide, nationwide, regional, provincial and district conferences; and authored over 50 papers which had been offered at seminars, workshops, and lectures. His scholarship developed over time, however he had a constant preoccupation with variety, democracy, multiculturalism, and in a while, globalization and cosmopolitanism.

In 2006, Dr. Magsino acquired the Pamana ng Pilipino Award from Philippine President Gloria Macapagal-Arroyo. This award is a Presidential Award conferred on abroad Filipinos who’ve introduced the nation honour and recognition. In 2008, Dr. Magsino was inducted into the Order of Manitoba, as an educator and chief within the Filipino-Canadian Neighborhood. He was awarded the Golden Jubilee Award (2002) and Diamond Jubilee Award (2012) by the Lieutenant Governor of Manitoba. He served as president of the associations for Multicultural Schooling in Newfoundland and Manitoba, vice-president of the United Council of Filipino Associations in Canada and chair of the Manitoba Ethno-Cultural Advisory Council.

He was instrumental to the event of the $2.3 million Philippine-Canadian Centre of Manitoba and served as its first president. A few of his numerous commitments to group service included being a member of the Board of Administrators of the Winnipeg Basis and the Seven Oaks Normal Hospital Basis, in addition to Deputy Commander in Canada for the Order of the Knights of Rizal. Dr. Magsino is referred to by his colleagues as “a positive scholar, a group chief, and a caring institutional chief who exemplified the perfect collegial system and the function of the general public mental.”

Fond reminiscences and expressions of sympathy could also be shared at www.thomsoninthepark.com for the Magsino household